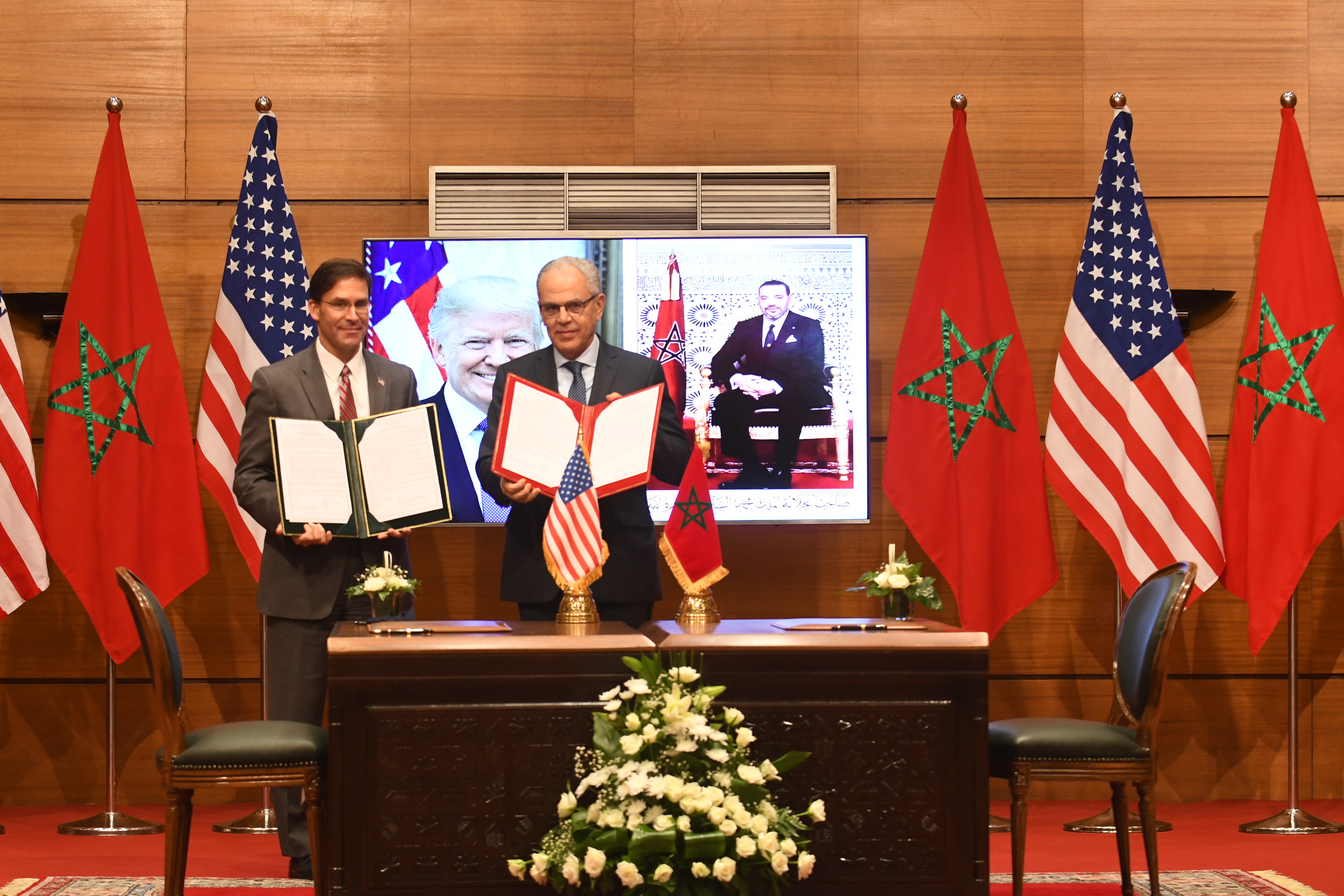 Against whom is Morocco arming itself?​

The traditional friendship between Spain and the Arab world does not seem to inspire much confidence in Rabat. The facts show that the Alawite kingdom and the United States , another of our great “friends”, signed an agreement on October 2 that contemplates the acquisition by Morocco of the F-35 aircraft, a fifth-generation fighter considered as one one of the best in the world - and most expensive - that has a remarkable uniqueness: it is invisible to radar.


That Morocco is a preferred client for Americans in arms purchases is not news. In fact, it is the best customer in the Middle East and North Africa. In 2019 alone he bought more than ten billion dollars. Here is a sample of their acquisitions: F-16 fighters, Apache-class helicopters, two hundred Abrams-type battle tanks, Cougar 6x6 armored vehicles or MIM-104 Patriot long-range surface-to-air missiles , the latter the only ones in all of Africa.

It is not limited to this what Rabat plans to buy from the Yankees. They will also receive the terribly efficient AMRAAM air-to-air missiles , which are packed with captive training missiles, guidance sections, telemetry system and spare parts, plus the precise hardware to engineer their production. But not wanting to put all their eggs in the same basket, the Moroccan military has also turned to France, which has sold them thirty 155 mm 6x6 Nexter howitzers., self-propelled. The versatility of these is remarkable and the impact range is estimated at 40 kilometers. With a few ARQUUS trucks as support, they would have a mobile coastal defense in the event of a hypothetical landing; with the new fighters they could attack strategic objectives without being intercepted as they are invisible to radar; with armored vehicles and tanks, they would dominate any territory of their own or external in a short space of time; With patriot missiles with an effective range of 160 kilometers, which can go up to 300 if they belong to the PAC-3 category with improved engines, Fuerteventura can be attacked , for example, from Tarfaya, only sixty maritime miles (less than one hundred kilometers) from the island or to Cádiz, distant from Tangier 97.6 kilometers. I excuse myself to speak of the squares of sovereignty of Ceuta and Melilla. All this hypothetically speaking, of course. We insist on the famous friendship and blah blah blah.

It is, of course, a remarkable deployment of means, especially if we take into account that the only threat that Morocco currently faces are the Sahrawis who, at the present time, do not have missiles or armored cars, much less invisible fighters at the moment. Radar. So, one wonders, against what enemy is Morocco arming itself to the teeth? What is the reason for this purchasing impulse for last generation weapons, weapons that we largely lack? Is it related to the invasion of boats in the Canary Islands? Does it have to do with Moroccan expansionism that, leaving jingoism aside, is extremely interested in the huge deposit of tellurium, a very rare and essential metal in the manufacture of solar panels, discovered two hundred and fifty miles southwest of the island of El Hierro?

It is estimated that almost three thousand tons of this material may exist under Atlantic waters , one twelfth of all world consumption. It also has the singularity of having a concentration fifty thousand times greater than the tellurium found on land. Spain has submitted a request to the UN to extend its jurisdiction to that site, without a response. It goes without saying that ferromanganese oxides deposited in the depths of the seas are strategically fundamental in the manufacturing process of everything that has to do with the highest technology.


And up to here. Please answer the question at the top of this article: against whom is Morocco being armed? And add this other: why are the US and France arming him?