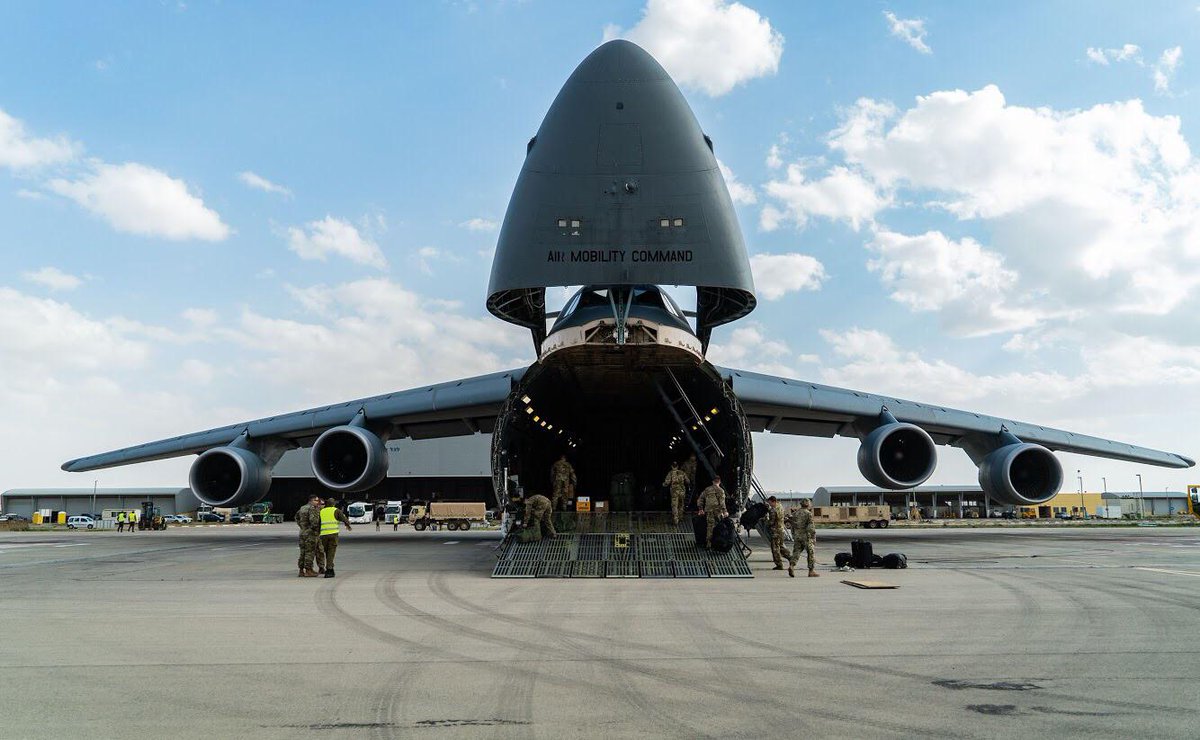 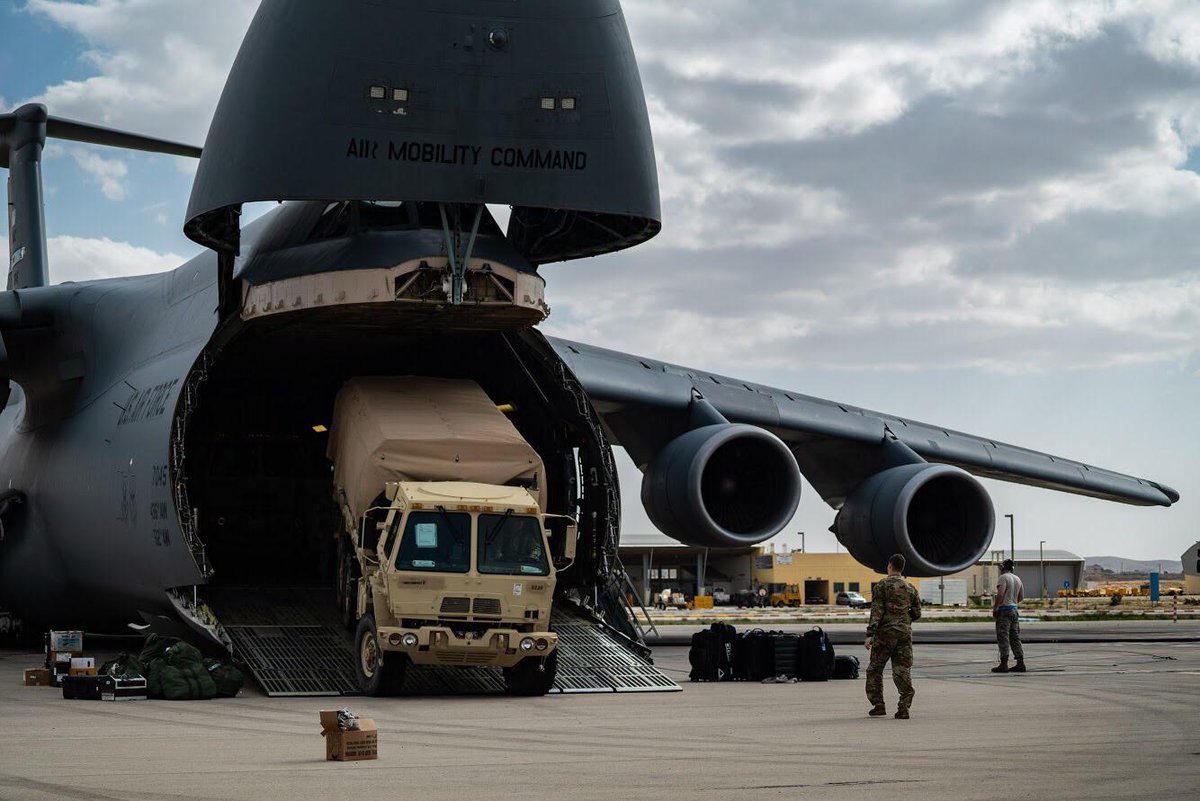 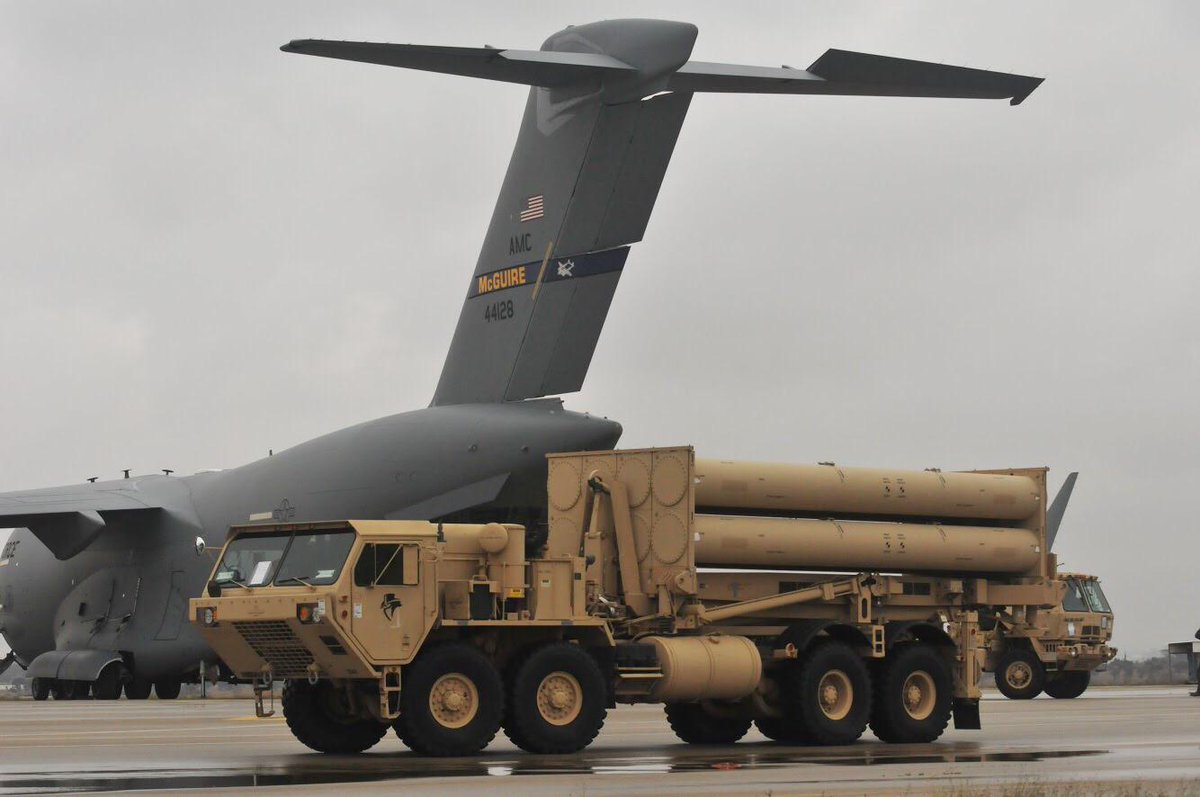 Amos Harel, Yaniv Kubovich and Noa Landau Mar 04, 2019 3:29 PM
​
Israel and the United States will begin on Monday a month-long joint air defense exercise, during which a THAAD anti-missile missile battery will be deployed in Israel for the first time.

The joint exercise signals the tightening of military cooperation between the two countries, after U.S. President Donald Trumpannounced that he plans to remove most of the American forces stationed in Syria.


>> In the glass house called Syria, Iran has thrown one too many stones | Analysis ■ The IDF's much-needed revolution of consciousness | Opinion

THAAD – which stands for Terminal High Altitude Area Defense – is a system made by Lockheed Martin that intercepts short- and medium-range ballistic missiles. Though introduced in the late 1980s, it is still used by the U.S. military.

Since 2008, the X-Band radar system that is part of the THAAD project has been deployed at the Israeli Air Force base at Nevatim, to give the Israeli home front more time to respond to a potential missile launch from Iran. The American radar works in coordination with Israel’s early-warning system.

THAAD missile system being deployed in Israel as part of a joint military drill, March 4, 2018.IDF Spkesperspon's Unit / U.S. Army Europe
However, the deployment of an entire THAAD battery in Israel's Negev is unprecedented. Large forces from the air defense divisions of both countries will participate in the exercise, but a test interception by the American system is not expected.

Prime Minister Benjamin Netanyahu said the American deployment testifies "yet again to the United States' commitment to Israel's security." He said THAAD is considered "one of the most advance systems in the world, and together with our defense systems we're even stronger [and can] handle threats, near and far, from all across the Middle East."

The joint exercise was scheduled to begin the day after Netanyahu’s trip to Moscow to meet Russian President Vladimir Putin. Israel has so far managed to further tighten its military ties with the United States while preserving its diplomatic and defense cooperation with Russia regarding the Syrian front, without quarreling with either of the two superpowers.
​
https://www.haaretz.com/israel-news...le-defense-in-israel-in-joint-drill-1.6989919​


According to IDF Spokesperson Brig.-Gen. Ronen Manelis, the THAAD system will be deployed to southern Israel and some 200 American troops will take part in the drill.


In a first, troops belonging to the US European Command (EUCOM) have deployed its THAAD anti-ballistic missile defense system in Israel as part of a joint drill between the two allies, the IDF announced on Monday.

The purpose of the tactical deployment of the mobile American Terminal High Altitude Area Defense (THAAD) system in Israel is to “practice rapid deployment across the globe of complex systems, and to enhance cooperation with the IAF’s Air Defense Systems” the statement said, adding that “the IDF is working in cooperation with US forces in order to enhance coordination between the two militaries and to strengthen the ability to defend Israeli airspace.”

During the drill, the THAAD system – which is considered one of the most advanced systems of its kind in the world – will be added to the existing Israeli air defense systems which defend against long-range ballistic missiles, giving the IDF an “opportunity to practice it’s integration in the IAF Air Defense Array.”


Israel’s air defenses currently include the Iron Dome, designed to shoot down short-range rockets; the Arrow system, which intercepts ballistic missiles outside of the Earth’s atmosphere; and the David’s Sling missile defense system, which is designed to intercept tactical ballistic missiles, medium- to long-range rockets, as well as cruise missiles fired at ranges between 40 to 300km.

According to IDF Spokesperson Brig.-Gen. Ronen Manelis, the THAAD system will be deployed to Nevatim airbase in southern Israel and some 200 American troops will take part in the drill.

A statement by EUCOM read that during the drill, the troops will work in various locations in Israel and “will refine network connectivity, validate requirements for the THAAD system, and will conduct multinational training and security cooperation activities with our allies to improve interoperability and build readiness.”

“The United States’ strategic airlift capability, combined with close cooperation between the joint service community, and strong relationships with allies and partners, provides the US military the ability to rapidly deploy forces anywhere in the world.”

Prime Minister Benjamin Netanyahu said the American deployment of “one of the most advanced systems in the world” testifies “yet again to the United States’ commitment to Israel’s security... together with our defense systems, we’re even stronger [and can] handle threats, near and far, from all across the Middle East.”


The drill comes shortly after the completion of Juniper Falcon 2019, which tested the level of coordination between the two countries in the event of a ballistic missile threat against Israel.

As part of Juniper Falcon 2019, some 300 Americans from the United States European Command (USEUCOM) flew into Israel and joined some 400 IDF troops from various units, including the Air Defense Array, the Operations Directorate, the Navy, logistical units and medical forces.

Juniper Falcon focused on scenarios which would see the deployment of US forces in Israel under fire during conflict and saw troops train in several theaters, including Hatzor Air Force Base, the IDF headquarters and other locations across the country.

While the military contends that the drills are part of scheduled exercises and are not related to the high tensions with Iran on Israel’s northern border, an Israeli intelligence assessment found that the threat posed by Iran – including its nuclear and ballistic missile program – is the number one priority for the IDF.

Iran, which possesses over 1,000 short- and medium-range ballistic missiles, is suspected of continuing to smuggling weapons to countries and non-state actors such as Hezbollah – which is assessed to have an arsenal of between some 100,000 and 150,000 missiles – on Israel’s northern border, and Hamas in the Gaza Strip.

Washington and Israel have signed an agreement which would see the US come to assist Israel with missile defense in times of war and last year, 3,000 American troops took part in Juniper Cobra, which simulated a massive missile attack on the Israeli homefront.

“The IDF is prepared and ready to defend the skies and the homefront from a variety of close and far-reaching threats and welcomes the exercise,” the IDF statement said, stressing that “this is a defensive deployment that is not related to a specific event.” 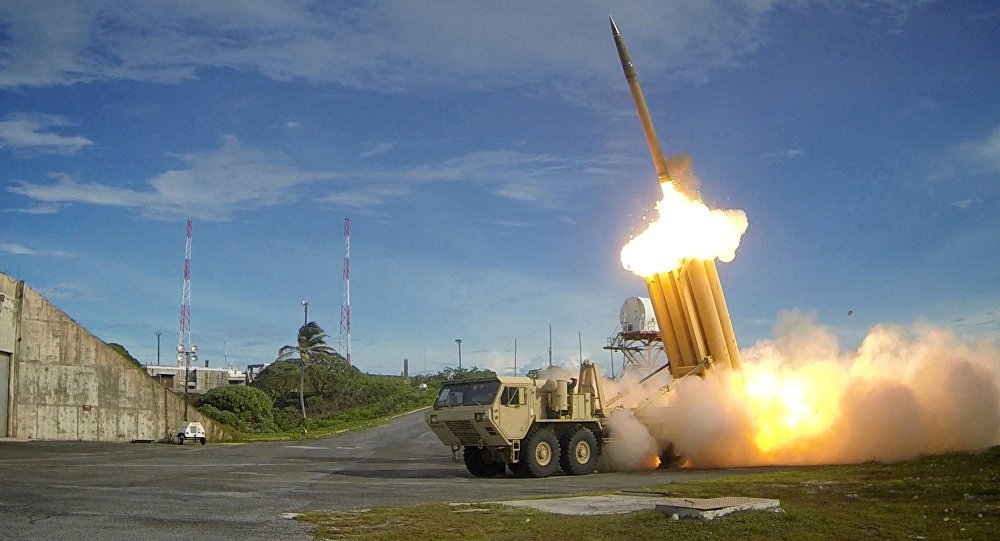 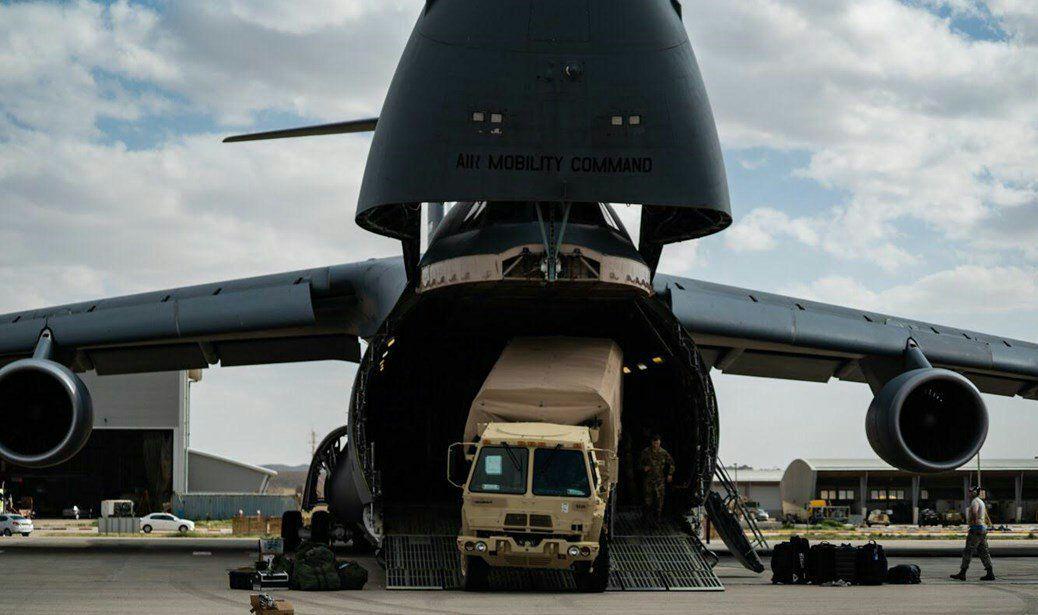 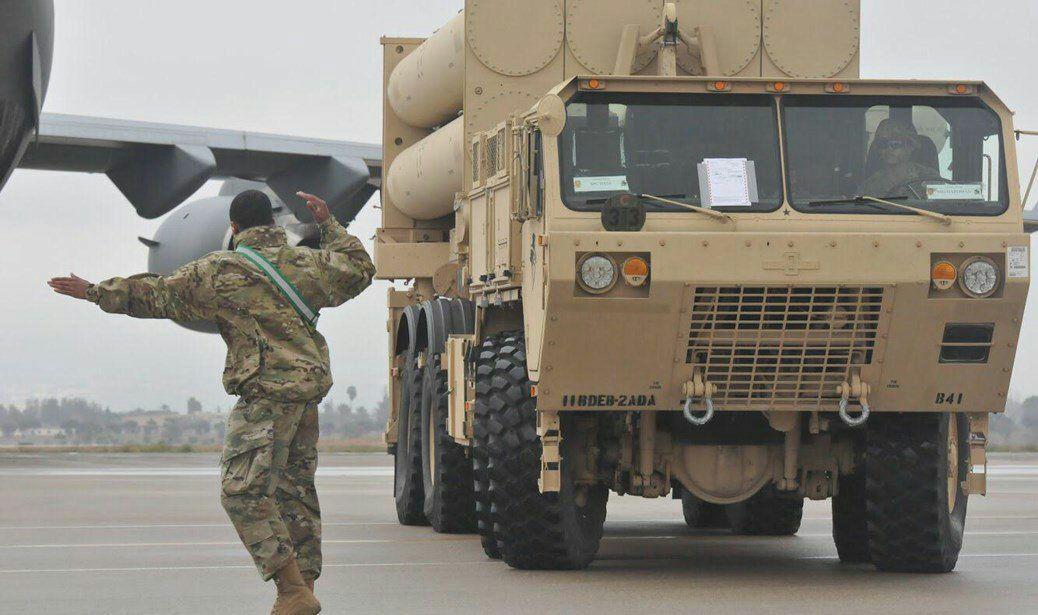